Squatting during bowel movements (BMs) is commonly practiced in the Middle East, Africa, and Asia while western populations prefer to use the toilet.

When people say they are ‘constipated’, they are often referring to not ‘going’ daily but are also often referring to a lengthy time spent attempting to poop, straining or incomplete poops. These last few problems lead to troubling issues such as pelvic floor issues, hemorrhoids or fissures, blood in the stool and, of course, stress. People become nervous to ‘go’ which worsens the problem. But there is hope in sight!

‘Rectal emptying’ during squatting allows for a proper anorectal angle. Basically, this means that in a squatting position the poop doesn’t have to sneak around a bunch of sphincters (like it does in a seated position). While squatting, the pelvis shifts and the poop has a straight line to travel out the rectum. This position takes the anorectal angle from 90 degrees to about 140 degrees. 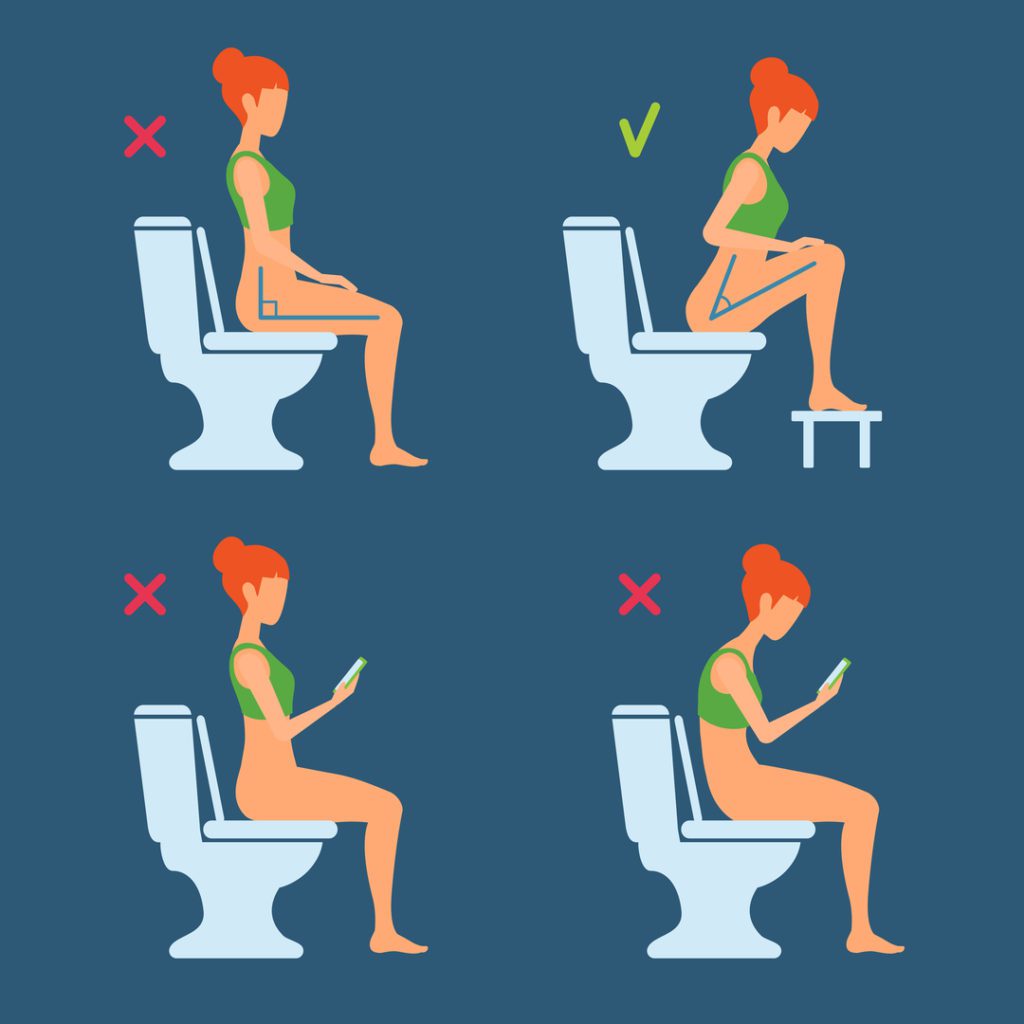 Research has actually shown that squatting or using a device such as the Squatty Potty ‘reduced straining, increased sensation of adequate bowel emptying, and decreased time associated with defecation when compared with sitting’.

When used in combination with dietary and supplementation strategies the results can be nothing short of magical, or at the very least, can move things along with less discomfort. In addition, using proper breathing strategies along with squatting can reduce the burden on your pelvic floor and help to clear up pesky issues caused or aggravated by straining such as prolapse and hemorrhoids.

Breathing Tip! Inhale deeply through your nose and allow your pelvic floor to relax, then breath through pursed lips if pushing

About the Author: Innate Wellness

Innate Wellness provides a variety of current wellness content from our team of amazing practitioners. To read more about the writers please visit Our Team page. Please leave your comments and questions!